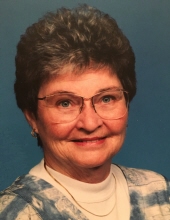 COLORADO: Denise “Denny” Anne McNamee, 88 of Greeley, passed away at TRU Hospice of Northern Colorado on May 18, 2017. A Memorial Mass will be held at 2:00 P.M. Friday, May 26, 2017 at Holy Family Catholic Church, 714 North Adams in Mason City, Iowa with Rev. Neil Manternach officiating. Inurnment will take place at Elmwood-St. Joseph Cemetery. Memorial contributions can be made to TRU Hospice of Northern Colorado, in care of Allnutt Funeral Service, 702 13th Street, Greeley, CO 80631.

Denise was born February 17, 1929 in Mason City, Iowa to Clarence Brue and Gladys Irene( Clark) McGowan. She married Robert Detra in 1948 in Mason City, IA; they later divorced. She then married Philip Monahan in 1953; they also later divorced and she married LeRoy “Mac” McNamee in 1977. Denny was born and raised in Mason City, Iowa where she graduated from Holy Family Catholic School. Denny worked at her husband Phil’s restaurant, Phil’s Maid Rite and Ice Cream, for many years. She also had worked at Kentucky Fried Chicken in Mason City. After her marriage to Mac, they moved to Waterloo, Iowa, where she worked as a receptionist for an Optometrist. They moved to St. Joe, MO where she finally took on the role of Homemaker.

After she retired she and Mac moved to Greeley, CO in 1999, to be near her family. She enjoyed spending time with her family, cooking, fishing and boating.

Denny was an amazing wife, mother, mother-in-law, grandmother and great-great grandmother. She was the best cook and always baked everybody’s favorite cookies when they came to visit. A woman with a huge heart, always a smile, a great sense of humor and never had a harsh word. She was a very devout woman of faith. Denny made every family member feel like they were her favorite. She always lived life with the “Glass Half Full”.

She was preceded in death by her parents; daughter Jody Detra; son Mark Detra; Baby Boy Alitz; and daughter in law Sandee Monahan.

To send flowers to the family in memory of Denise "Denny" Anne McNamee, please visit our flower store.