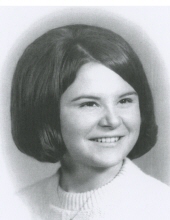 Visitation will be held from 3 to 5 P.M., Sunday, December 29th at Major Erickson Funeral Home and will continue one hour prior to services at the funeral home on Monday.

Denise Bette Despenas, the daughter of Isidore and Clara (Steinhoff) VonBank, was born September 14, 1951 at Jordan, Minnesota. She was married to Peter Despenas for 40 years, before he passed away on April 17, 2018. Denise was employed at Wonder Bread/Hostess Cake in Mason City for nearly 32 years before they closed in November of 2012. She enjoyed the “family” of employees she worked with and visiting with her customers. With her husband at her side, she enjoyed gardening, canning the fruits of their labor and sharing with family and friends, and any outdoor work or activity during the summer! Favorite pastimes included following the Minnesota Vikings, golfing with her husband, Peter, and listening to him play his guitar and sing to her.

To send flowers to the family in memory of Denise B. Despenas, please visit our flower store.