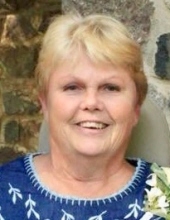 She loved spending time with family and all of her grandchildren. She had a tremendous love for animals and birds of all sorts and spent a great deal of her time in her yard and garden. Deb was a member of Trinity Lutheran Church in Mason City.

Deb was preceded in death by her son: Zachery Hartley, and her parents: Earl and Anita Nelson.

The family wishes to express appreciation to the staff of Mercy Hospital, Hospice of North Iowa and her special friends for the loving care given to Deb in the days of her latest illness.

To send flowers to the family in memory of Deborah May Hartley, please visit our flower store.