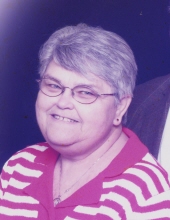 Deborah Lee Brown, 73, of Mason City, passed away Thursday, May 13, 2021 at the MercyOne Hospice Inpatient Unit. A gathering of family and friends will be held Tuesday, May 18, 2021 from 4 until 6 PM at the Major Erickson Funeral Home, 111 North Pennsylvania Ave., Mason City, IA. Inurnment will take place in Memorial Park Cemetery at a later date. In lieu of flowers please make a donation to your favorite charity in honor of Deborah.

Deborah was born August 7, 1947 the daughter of Gould and Ethel (Smiley) Schultz in Mason City, Iowa. She was raised in Mason City and attended Mason City Public Schools. On September 20, 1969 Deborah was united in marriage to Jerry E. Brown. To this union two children were born.

Deborah loved nature and spending time outdoors. She looked forward to camping season and was always game to pack up and head to the campground. She enjoyed the friends she on their many excursions. Along with the camping came fishing in which she loved the relaxation of sitting and reflecting as she waited for her next bite. Jerry and Deborah were a host family for many years for the players on the North Iowa Huskies. Deborah was an avid reader of romance novels; her kindle was usually not far away. She enjoyed collecting bears and had many unusual ones that had come from special people in her life. Deborah’s greatest treasure was her family, she especially looked forward to her time with her grandchildren in which she had seven of her own but was known as Grandma Brown to many.

Deborah was preceded in death by her parents and son Marshall G. Brown.

To send flowers to the family in memory of Deborah L. Brown, please visit our flower store.