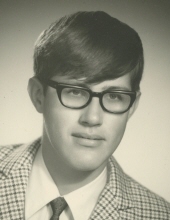 CLEAR LAKE: David Clark Sappenfield, 68, of Mason City, passed away on Wednesday, February 9, 2022, at his home. Services will be held at a later date.


David was born on August 25, 1953, in Belmond to parents David Reddick and Maedeane (Mennenga) Sappenfield.

David had a passionate love for music, especially the bass guitar. He was very active in the local music scene and played with many bands around the North Iowa and Southern Minnesota area. He was also an amateur photographer and loved to tinker and build things. In his later years his favorite pastime was riding his Harley. His greatest joy was the pride he had for his two children.

To send flowers to the family in memory of David Clark Sappenfield, please visit our flower store.