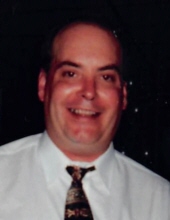 David will be laid to rest at Elmwood-St. Joseph Cemetery surrounded by his loving family.

Memorials may be directed to the family of David Whitney.

David Carter Whitney was born on March 11, 1960, to parents Royal and Barbara (Hartley) Whitney in Mason City. David attended Mason City High School and graduated in 1978. After receiving his diploma, David enlisted in the United States Army, and he worked as an Army Ranger. David was discharged in 1981.

David was united in marriage to Jean Ritter on July 2, 1998, in Albert Lea, Minnesota. The couple just had their 24th wedding anniversary.

Over the years, David worked various jobs in the area, but most recently, he was employed at O’Reilly Auto Parts, and he retired in 2020. David loved to be outdoors; he was a member of the Men’s Gardening Club and he loved to fish. David was known for his lovable sense of humor, his joyous spirit, and starting every day on a positive note, often singing and humming tunes in the mornings. David was a devoted husband, brother and friend and he will be dearly missed by those who knew him and loved him. He will be cherished by many for years to come.

David was preceded in death by his parents, Royal and Barbara Whitney; and brother, John (Wendy) Whitney.

To send flowers to the family in memory of David C. Whitney, please visit our flower store.