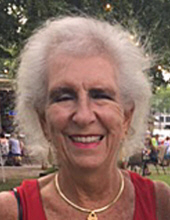 Darlys J. Clark, 83, of Naples, FL, formerly of Mason City, peacefully passed away Wednesday, December 4, 2019 at MercyOne Medical Center North Iowa in Mason City. She was under the care of her daughter and son-in-law, Lisa and Ken Newton, at their residence in Clear Lake prior to being admitted to the hospital.

Per her wishes, she will be cremated, and a private family celebration will be held at a later time.

Some have asked about giving a donation in Darlys’s memory. If you are inclined, we suggest St. John the Evangelist Catholic Church, 625 111th Ave. N., Naples, FL 34108, a church of your choice, or your local hospice agency. Condolences may be sent to Lisa and Ken Newton, 1311 North Shore Blvd., Clear Lake, IA 50428.

Darlys was born September 24, 1936 in Council Bluffs, IA and adopted by Dr. D.O. and Pauline Nutting. During her childhood and the war her family moved many times across the US while her father worked for the American Red Cross. She graduated from Spencer, IA and attended Iowa State Teacher’s College, now known as UNI. She married James A. Clark in Elma, IA on June 22, 1957. They moved to the Quad City area and began their teaching careers. Darlys taught at Princeton Elementary in Princeton, IA. Then she worked at the WOC television station in Davenport. In 1974, the family moved to Mason City where she worked at the Cerro Gordo County Courthouse. While in Mason City, Darlys also shared her love and knowledge of knittiπng by teaching classes.In 1988, after their divorce, Darlys moved to Naples, FL and worked for Hospice and the Philharmonic Performance Center and Museum district. While in Naples she continued her love of reading, exercising, going to the beach with her “Beach Bum”group and being an active learning member of St. John the Evangelist Catholic Church.

Darlys is survived by her children, Lisa (Ken) Newton of Clear Lake, IA and Naples, FL. and Michael (Leigh) Clark, AZ; her four nieces that she and her former husband raised after the death of her sister, Vicki (John) Holler of Waterloo, IA, Dr. Stacy (Jim) Ingraham of MN, Shelley Roberts of Kentwood, MI, and Devon Roberts of Mason City. Finally, she will be missed by her former husband and his wife, Jim and Cheri Clark, along with another caring niece, Kimberly Roberts Parker of Holland, MI, and a nephew George Skip (Kay) Roberts of Virginia Beach VA. Darlys has enjoyed life with eight grandchildren and eight great-grandchildren, welcoming the newest member to the family in the morning of her death.

Darlys was preceded in death by her parents, Dr. D.O. and Pauline Nutting; and her sister, Shirley Nutting Roberts.

To send flowers to the family in memory of Darlys J. Clark, please visit our flower store.