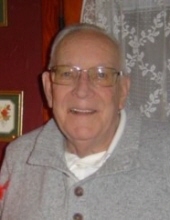 Dan Mumby was born January 2, 1944 and raised in Hawkeye, Iowa, the son of Lee H. and Dorothy M. (Bluecher) Mumby. Dan graduated from West Union High School in West Union, IA, and Upper Iowa University, in Fayette, IA. Dan started his business career with the S.S. Kresge Co. in Davenport, IA. Upon transferring to the Kresge in St. Louis, Missouri he met his future wife, Josephine Ann Volansky. They married on July 9, 1966 and shared a loving marriage for over half a century. The couple would have celebrated their 53rd wedding anniversary this year.

Dan and JoAnn moved to Mason City, Iowa in 1972, in order to facilitate the opening of the new Kmart. Upon leaving Kmart, he discovered his entrepreneurial spirit and launched several successful businesses based in Southbridge Mall. Dan’s business ventures included Chef’s Galley, offering a line of specialty kitchenware and introducing gourmet coffee to North Iowa. Dan also launched Cupper’s Coffeehouse, providing a warm and cohesive “Friends” environment to socialize and create lifelong memories. Additionally, his pride and joy was launching Atomic Blast Hot Sauces and hosting his bold Hot Sauce Challenges! Dan was widely known throughout the North Iowa area as the “Godfather of Hot Sauces.”

Dan was preceded in death by his parents, Lee and Dorothy Mumby, his in-laws, James and Josephine Volansky, and his brother-in-laws, Michael Volansky and George Hendel.
Memorials can be made out to the family of Daniel Mumby, and sent to Major Erickson Funeral Home, Mason City, IA, 111 N. Pennsylvannia Avenue, Mason CIty, IA 50401, (641) 423-0924.

To send flowers to the family in memory of Daniel Lee Mumby, please visit our flower store.