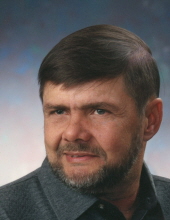 Dale E. Westendorf, 69, of Marble Rock, died Friday, October 2, 2020 at his home. A visitation will be held from 5 until 7 PM Monday, October 5, 2020 at the Major Erickson Funeral Home, 111 North Pennsylvania Ave., Mason City, IA. Attendees are asked to wear a mask and respect social distancing.

Dale was an avid sports fan whether he was at the track watching the races or watching the Twins or Minnesota Wild play. He could spend hours playing solitaire on the computer while watching those games. Dale was always a fixer, he had the patience to tinker on something until he got it figured out. Dale was very detailed, when given a shopping list he was known to quickly acquire the items and return with them promptly. He especially enjoyed his trips to see his family and spending time his grandkids on the weekends.

To send flowers to the family in memory of Dale E. Westendorf, please visit our flower store.