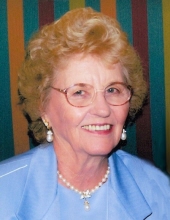 Charlotte M. Fulghum 93, died Sunday, November 5, 2017 at the Muse Norris Hospice Inpatient Unit. Funeral services will be held at 11:00 AM on Friday, November 10, 2017, at the Zion Lutheran Church, 112 N 4th St– Clear Lake, IA. Visitation will be held one hour prior to the service. Interment will take place in Memorial Park Cemetery. Memorials can be directed to Hospice of North Iowa.

Charlotte Maxine Thompson Fulghum was born July 1, 1924 in Mason City, daughter of John and Martha (Adams) Thompson. She received her early education in various rural schools and graduated in 1942 from Mason City High School. After graduation, she worked as a telephone operator for North Western Bell for 1½ years. In 1946, she graduated from the College of Nursing in Iowa City, participating in the Cadet Nurse Corps during WW II as a RN. In the same year, she was married to Bill Otterman and 2 sons, Kirk ad Kent followed.

In 1983, Charlotte married Willard Fulghum and continued living in Mason City, and they spent 25 winters in Weslaco, Texas. Charlotte was baptized as a child into the Lutheran faith and confirmed as a young adult. She was a long time member of Trinity Lutheran Church in Mason City and later Zion Lutheran Church in Clear Lake. Her faith came alive in the 1960’s when she and her husband co-sponsored a youth group called “The Revelation”. This ministry helped young people with their personal faith in God and Bible study. This included her son, Kent, who later became a pastor. She was a member of a weekly prayer group, the Zion Lutheran Church prayer chain, and a hospital visitor from Zion Lutheran Church. In Texas, she was active in a weekly Bible study. Her great interests were her family; 2 boys, grandchildren and great grandchildren, and living for and serving the Lord. She was a member of the Mercy Medical North Iowa volunteers since 1991, accumulating over 100 hours and was honored for 20 years of service.

To send flowers to the family in memory of Charlotte Maxine Fulghum, please visit our flower store.