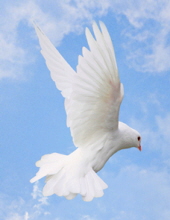 Carol O. Bartleson, age 91, of Mason City, IA, was called home by the Lord on Sunday, November 22, 2020, at Good Shepherd Health Care in Mason City. Services will be held at a later date.

Carol was born December 2, 1928, to Carl A. (Tony) and Sophia Bartleson in Forest City, IA, the 3rd of 9 children. She graduated from Forest City High School in 1946. She graduated from Waldorf College in Forest City in 1948, and then went to nursing school at Fairview Hospital School of Nursing, along with her sister Helen, in Minneapolis, MN. She spent most of her nursing career working at Park Hospital in Mason City, where she was supervisor of the operating room for much of that time. Carol was a lifelong ELCA Lutheran Church member at Immanuel Lutheran Church in Forest City, and at St. James Lutheran Church in Mason City, and was involved in church groups, rummage sales, and other activities at the church.

Carol loved to travel and take photos, which she did with a group of friends for many years, and later with a sister and brother-in-law. Carol was never married, but had 24 nieces and nephews, whom she doted on. They all speak very fondly of her. She also cared for her mother in her later years.

Carol was preceded in death by her parents, three brothers, Hanford (Dolores), Robert (Wanda/Bev), Arlo, and two sisters, Helen (Don) Wiederanders, and Sylvia (Bill) VanWerden. No services for Carol are planned at this time.

To send flowers to the family in memory of Carol O. Bartleson, please visit our flower store.