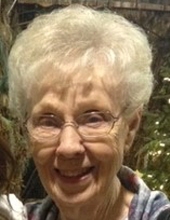 Visitation will take place Monday at 9:00 AM until the start of the service.

Interment will take place in Memorial Park Cemetery. Memorials may be directed to Hospice of North Iowa.

Carol was born in Chariton, Iowa on July 8, 1929, the daughter of Jacob Eugene McCoy and Hazel McCoy Moore. She graduated from Hanlontown High School. Carol married Paul Tantow in 1947. Carol and Paul were married for 59 years when Paul passed away in 2006. Carol, who was known as Maxine to those who knew her best, loved being with her siblings, children, grandchildren and friends. She enjoyed her bridge club and coffee group for many years. Her love for any kind of game was a big part of her life. Carol and Paul shared many years of camping, along with vacations they took with friends to Mexico and Hawaii. Carol especially enjoyed the cruise she took with family to Alaska. There were also the fall trips she and her sisters took every year when many laughs were shared. Also, the winters her and Paul spent in Texas and Arizona. Carol was always there to lend a helping hand to care for her siblings and grandchildren. She called her siblings “her kids” and treasured the time they were able to share to the very end. When Carol went to the nursing home she shared a new friendship with a wonderful companion,Vern,and his mother, Mary, who faithfully visited her. Her brother, John. also there, watched over Carol everyday to be sure she was well taken care of. She will be greatly missed.

Carol’s family wishes to express sincere appreciation to Nora Springs Care Center, Hospice of North Iowa, and last but not least, A Helping Hand - Home Care for their care and kindness for Carol.

To send flowers to the family in memory of Carol Maxine Tantow, please visit our flower store.