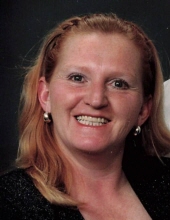 Carol Lucille (Shaver) Berding, daughter of Merle and Gloria (Brown) Shaver, was born on September 17, 1955, in Storm Lake, Iowa.  She grew up and went to school first in Iowa and then later in California where she met her first husband, Charlie Goyette, and had a son, Craig.

Carol and Craig eventually moved to Mason City, IA where she waitressed at Gretchen's Sweets and met her husband, Butch Berding. They were united in marriage on September 9, 1978, in Plymouth, IA, and together they had three children.

Carol worked a variety of jobs throughout her life, but she took the most pride in caring for her kids and grandkids.  Carol was a wonderful cook and had many requests over the years for her famous potato salad. Christmas was her favorite holiday, and she enjoyed decorating, making cookies, hosting, and putting on a spread for the whole family. Throughout her life, Carol enjoyed spoiling her grandbabies, watching movies, reading books, listening to music, dancing, taking family vacations, and trips to the casino. She had a special place in her heart for many animals over the years, especially her late dog, Maggie, and her cat, Howard.  Carol will always be remembered for her sense of humor, fun-loving personality, infectious laugh, and big blue eyes.

She was preceded in death by a daughter, Cynthia Nicole Berding; her parents, Merle Shaver and Gloria Shaver; sister, Deanie McCune; father and mother-in-law; as well as numerous brothers in law, sisters in law, nieces, and nephews.

To send flowers to the family in memory of Carol L. Berding, please visit our flower store.