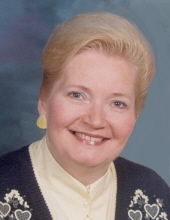 Visitation will be one hour prior to the service time at the church.

Interment will be in Riverside Cemetery - Rockford.

Carol was born on February 12, 1947 in Charles City, Iowa, to Maurice and Viola (Schuster) Buttjer. She graduated with high honors from Rudd-Rockford-Marble Rock High School in 1965. She earned her cosmetology license from LaJames College in Mason City and worked as a beautician for over 40 years. She married her high school sweetheart, Dennis Kreider, in 1967. They had two daughters, Kristin and Kari. Carol enjoyed going on family fishing trips, singing in the church choir, and attending her grandchildren’s sporting events.

Carol was proceeded in death by her parents, in-laws Kenneth and Lorretta Kreider, and her brother-in-law Larry Kopisch.

To send flowers to the family in memory of Carol Jean "Susie" Kreider, please visit our flower store.