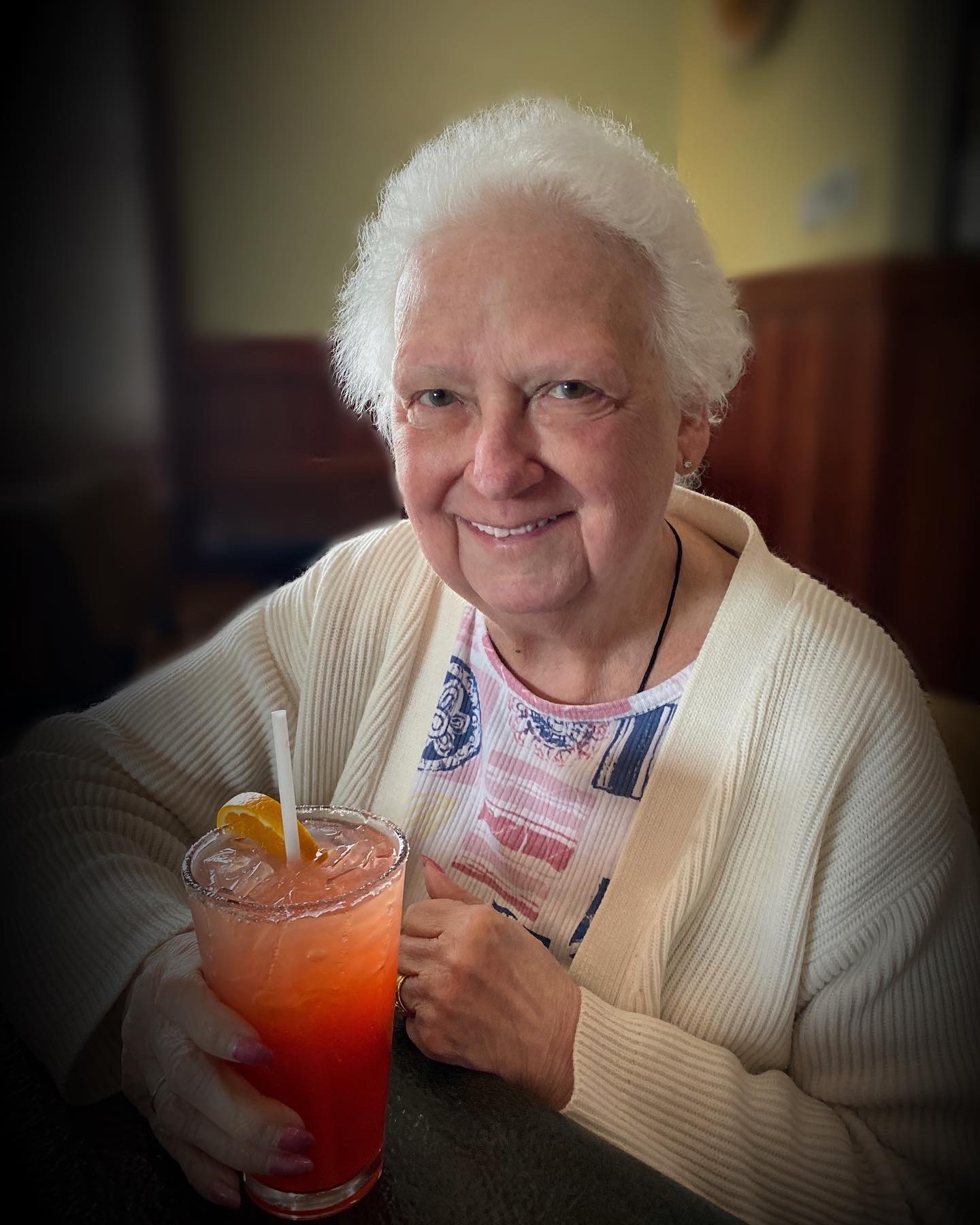 Carol Jean Bahnsen (Sweetman) was born on January 1, 1947, in Council Bluffs, Iowa to Wanda and Charles Sweetman and welcomed her younger sister Ann three years later.  Carol graduated from Abraham Lincoln High School in 1965. Not long after graduation, Carol met Jerry Bahnsen, also a native of Council Bluffs, and soon the two would be married. Carol and Jerry had 3 children: Christine, Lynn, and Brian. Early in their marriage, Carol and Jerry lived in a few different cities in the Midwest, due to Jerry’s job with the FAA, but ultimately, they landed in Mason City, Iowa in 1972. Carol was initially a homemaker and was completely devoted to her family. As the family became more active, she and Jerry supported all the kids’ activities from dance, choir, band, and several different sporting events.  Carol would not simply sit on the sidelines and cheer, she would get involved. Whether she was selling tickets, running the concessions, distributing medals and ribbons, or keeping things organized, she was always right there and actively a part of the events.

Carol decided she wanted a career outside the home and became a Licensed Practical Nurse (LPN), working at North Iowa Medical Center. It was in nursing that she really felt she was in her element. Her nature was always to care for others, so being a nurse fit perfectly.  People would often come up to the family and remark about how they remembered how wonderfully she cared for them or their family members, and how it meant so much to them.  Even if she only cared for someone for a short time, her patients and coworkers always remembered her fondly. Carol transitioned to different roles within the medical field and handled surgical scheduling up until the time she retired.

Carol’s giving nature could be seen in every facet of her life. She and Jerry opened their home to foster children for years, often taking children in with special needs or who were hard to place. She loved each of them like her own and while she was happy when they would reunite with their families, she would feel an extreme sense of loss when they would leave.  When she loved someone, she loved them fully. She and Jerry also hosted many years of foreign exchange students and hockey players. There was never anyone who wasn’t welcome in the Bahnsen house. The more people around, the better as far as Carol was concerned.

Carol was a member of the Beta Sigma Phi Sorority for over 40 years, and she absolutely loved her Sorority Sisters. She always enjoyed the Sorority gatherings, activities, outings and attending the larger conferences. Carol was also very skilled with needlepoint and then moved to quilting. It was only when her eyesight started to fail her that she had to give up some of the things she loved doing, but she had an amazing talent for making very beautiful things.  Of course, in true Carol fashion, almost everything she made she gave to others.

Carol truly loved attending the theater and musicals. She had season tickets to the Civic Center in Des Moines and NIACC in Mason City. It seemed that two weeks couldn’t go by without her having another show to attend. Carol also loved to travel and traveled extensively to many places in the world. Any opportunity to visit a new destination (or even an old one), she would jump at the chance, grab a friend or two, and off they would go. Carol also loved to see every sight she could and loved learning about and experiencing new places. Carol loved to play cards, her favorite game being “3 to 13” and she taught dozens of people how to play over the years. She would host regular card games at Kentucky Ridge and every time she was with family/friends, or when she traveled, she always had decks of cards with her, and she could be found playing into the late hours of the evening.

Two years ago, Carol was diagnosed with Pancreatic Cancer and she chose an aggressive treatment plan so she could have more time with family and friends. The treatments were very taxing and at times Carol was very ill, but she always kept a smile on her face and a positive attitude. In the end, her body simply could not fight off the cancer any longer.

She was preceded in death by her father and mother Charles and Wanda Sweetman and her husband Jerry Bahnsen.

Carol’s giving and loving nature was felt by her family and friends every single day and she will truly be missed by so many.

To send flowers to the family in memory of Carol Jean Bahnsen, please visit our flower store.