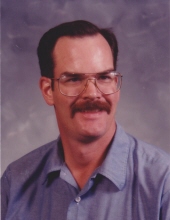 Funeral services will be held on Tuesday, January 4, 2021, at 11 a.m, at Trinity Lutheran Church, 213 North Pennsylvania, with Rev. Dan Gerrietts officiating. The service will be livestreamed on Major Erickson’s Facebook Page.

Visitation will be held one hour prior to service time on Tuesday.

Per church guidelines, masks will be required at church.

Interment will be held in Elk Creek Cemetery, Kensett.

Memorials may be directed to Trinity Lutheran Church.

Bryan was born on March 28, 1962 to parents John and Garda (Flaaten) Ones in Mason City, Iowa. Bryan was a lifelong member of Trinity Lutheran Church in Mason City where he was both baptized and confirmed. He graduated from Mason City High School in 1980. During his Junior year, Bryan was a proud member of the 1978 Mason City Mohawks Class 4A State High School Championship football team.

After high school, Bryan worked in the construction industry for a few years. Bryan later was employed with the Mason City School System as a custodian. During his time with the school, he worked at Jefferson Elementary School and John Adams Junior High School. Bryan retired in February of 2019.

In his free time, Bryan loved to play golf, go bowling, and was a lifelong fan of the Minnesota Vikings. Bryan never met a person that he didn’t show an interest in. He remembered their names, their stories and was always willing to help them in any way he could. Bryan was a very kind brother, son, uncle, and friend and he will be missed greatly by those who knew him and loved him.

Bryan is survived by his brothers, Craig (Jill) Ones of Omaha, NE and Keith (Teresa) Ones of Cottonwood, CA; nieces, Christin Ones, Kathryn (Jared) Cave, Laura (Jamison) Hofer, Rachel (Andrew) Glanzer, Natalie Ones, Lizabeth Ones, and Danielle (Brian) Kuhl; nephew, Jon Ones (Chanel Gonzalez); and many great nieces and great nephews.

Bryan was preceded in death by his parents, John and Garda Ones.

To send flowers to the family in memory of Bryan R. Ones, please visit our flower store.