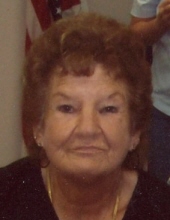 Bonnie Belle (Burns) Rodberg, 92, of Mason City, passed away peacefully Thursday, February 20, 2020 at her home with her family by her side.

A memorial service will be held on Saturday, February 29, 2020 at 10:30 a.m. at Major Erickson Funeral Home, 111 N. Pennsylvania Ave. Visitation will be held hour prior to the service. Inurnment will be held at Elmwood-St. Joseph Cemetery.

Bonnie was born on May 11, 1927 to parents Arlo E. and Florence Milzena (Titus) Burns. She graduated from Chapin High School in 1945. On July 20, 1946 she was united in marriage to Robert E. Olsen in Rockwell. To this union, four daughters and a son were born. She was later united in marriage to Stanton T. Rodberg on August 24, 1965 in Canton, SD.

In her free time, Bonnie enjoyed camping and fishing at Camp of the Woods, watching Wheel of Fortune, cooking, grocery shopping with her kids. Bonnie also enjoyed her travels to the casino and vacations in Henderson, Nevada. Bonnie was a lifetime member of the VFW and the Moose Lodge.

To send flowers to the family in memory of Bonnie Belle Rodberg, please visit our flower store.