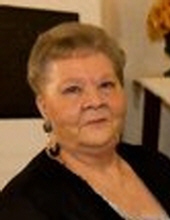 Beverly "Bev" Sandberg, 79, of Mason City, IA died Saturday, August 12, 2017 at Mercy Medical Center-North Iowa. Her wish was to be cremated. Private family services will be held at a later date. Memorials may be sent to the family.

Bev was born Nov. 6, 1937 in Eldora, IA to La Rolph Cox and Luella Glaze. She lived in Iowa where she attended school. After school she moved to Illinois where she met her husband, Jerome "Jerry" Sandberg. The two were united in marriage on July 24, 1963. Bev worked most of her life in the medical field before her retirement in 1994. When she was younger she loved traveling, boating, camping, playing cards especially cribbage, going dancing, bingo, riding/breaking/showing horses, and cooking. In her later years she enjoyed spending time with her family (especially her great grandson), reading on her kindle, watching her soaps and game shows, doing scratch off tickets, and drawing/coloring with her great grandson. Bev and her husband had won many dance contests and were former members of a Yacht Club. She will be remembered as a strong but caring and giving person. She will be greatly missed by her family.

She was preceded in death by her parents, husband, and brother-in-law.

To send flowers to the family in memory of Beverly M. Sandberg, please visit our flower store.