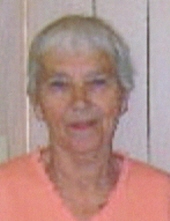 Interment will take place in the Nora Springs Park Cemetery.

Memorials may be directed to the family of Beverly Krause.

Beverly was born January 15, 1934, in Mason City, the daughter of Glen and Pearl (Coonrod) Keeney. She graduated from Mason City High School in 1952. On April 25, 1954, Beverly was united in marriage to James Krause at the First United Methodist Church in Mason City. Over the years, Beverly babysat, waitressed at the Park Inn and was a homemaker and farm wife. Beverly enjoyed spending time with her family – especially her grandchildren. She also enjoyed gardening, cooking, baking, canning, holiday meals and finding new recipes.

She was preceded in death by her parents; and 4 siblings: Harold Keeney, Jerry Keeney, Phyllis Endriss and Ronnie Keeney.

To send flowers to the family in memory of Beverly J. Krause, please visit our flower store.