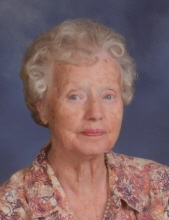 MASON CITY: Bette Jean Legler, 95, of Mason City, met her precious Lord on Tuesday, May 19, 2020 while at Good Shepherd Health Center in Mason City after a short battle with cancer.

Funeral services will be held on Saturday, May 23, 2020 at 10:30 A.M. at Major Erickson Funeral Home, 111 North Pennsylvania, with Rev. Mark Lavrenz officiating. Interment will follow in Memorial Park Cemetery. Visitation will be held from 5 until 7 P.M. Friday, May 22, 2020 at the funeral home. In lieu of flowers, memorials may be directed to Hawkeye Harvest Food Bank or Bethlehem Lutheran Church.

Bette was born to Arthur and Irene Strand on October 25, 1924 in Cylinder, Iowa. She graduated from Albert City, Iowa High School in 1944. She was united in marriage to Victor Legler on December 30, 1945 in Cylinder, Iowa at her parents’ farm.

Victor and Bette purchased a farm in Mason City in the early 1950s where they raised their son and daughter. Bette was involved on the farm in every aspect from milking Bessie the cow, to baling hay. She took great pride in her home, tending the garden and canning her goods. Bette moved to The Manor after Victor passed.

She worked as a secretary at NIACC food services for 15 years. She was a member of Bethlehem Lutheran Church where she was very active teaching Sunday school and Bible School. She was a member of the Sara Circle. Also included in her volunteer work that she cherished was the Hawkeye Harvest Food Bank, Community Kitchen, and the VFW, where she was a lifetime member of the Ladies Auxiliary. Bette also enjoyed the gathering each month of the Neighbor Social Hour Club!

Bette was preceded in death by her husband, Victor of 63 years; parents, brother, Lloyd Strand; sister, Mary Mausehund; and sisters-in-law and brothers-in-law.

Our most sincere gratitude to all at Good Shepherd Health Center for their loving care and to Hospice of North Iowa for all they helped with Bette’s care until the end.

To send flowers to the family in memory of Bette J. Legler, please visit our flower store.