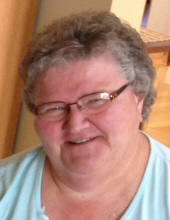 Avis Ann Montgomery, the daughter of Frank and Leola (Kollmann) Young, was born August 4, 1950, in Charles City. She graduated from Hampton High School in 1968 and Wartburg College in 1972 with a teaching degree. After graduation Avis moved to Lake Mills. She worked at Fleetguard in Lake Mills for 38 years. On July 20, 1991, she was married to Vaughn Severson. Vaughn passed away in 1996. On May 28, 1998, she was married to James “Jim” Montgomery at his farm in rural Manly. They made their home in Lake Mills. Avis enjoyed crocheting and crossword puzzles.

She was preceded in death by her parents; first husband, Vaughn Severson; her sister, Ellen Young; two brothers, Roger and Richard Young; a brother-in-law, Robert Mannes; and a niece, Anna Mannes.

To send flowers to the family in memory of Avis A. Montgomery, please visit our flower store.