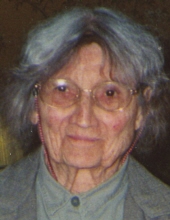 Services will be held at a later date.

Anne was born on July 3, 1924 in Denver, Colorado to Esther Lauterbach Strickland and Charles Edwin Strickland. She was the second of three daughters born to Esther and Charles. Anne lived her early childhood years in Colby, Kansas; Cleveland, Ohio; and Chicago, Illinois, moving to Mason City in 1937 at the age of 13. Anne graduated from Mason City High School in 1942. After high school, Anne began her college career at De Pauw University in Greencastle, Indiana. She attended DePauw for two years, transferred to the University of California/Berkeley for one year, and finally to Columbia University for her senior year. This was the first year in which Columbia allowed women to enroll in the School of General Studies from which she graduated with her bachelor’s degree.

Following her college graduation, Anne was hired as a high school English teacher in Humboldt, Iowa where she taught school for one year. In 1947, after her year in Humboldt, Anne had the opportunity to work in Washington D.C. as an aide for Iowa Senator Bourke Hickenlooper. She
stayed in Washington for a year, enjoying many fine experiences, including attending a reception at the White House where she had the privilege of meeting President Harry Truman and his wife Bess. In 1949, Anne’s adventure bug bit her and she and a girlfriend sailed to
England on the Queen Mary, bought bicycles, and toured England and France for two months on their bikes. Anne’s journey returned her to academia and she completed her Master of Arts degree from the University of Iowa, graduating in 1953.

Anne returned to Mason City, working at the Mason City Public Library and eventually meeting William L. (Bill) Cameron. Anne and Bill’s relationship blossomed, and they were married on June 15, 1955. In time, boys Bob and Chuck were born and completed their family. Throughout her life, Anne was a very active, athletic, inquisitive, enthusiastic, loving, caring, funny, talented, and all-around outstanding individual. Anne had an exceptional talent for writing verse. She would author either a poem or song for special occasions such as a friend’s birthday or retirement party, or just to let them know how special they were to her. She loved to travel and enjoyed trips to the Middle East, Greece, Panama Canal, British Virgin Islands, and Europe. She often traveled with her mother and two sisters or one close friend. Anne and Bill spent many winters on Sanibel Island, Florida, enjoying the beach, the Ding Darling National Wildlife Refuge, shelling, and just avoiding North Iowa winters.

Anne was an avid gardener, providing fresh produce as well as canning and preserving wonderful food for her family. She loved to cook and could put an unparalleled banquet on the table. She was an athlete. Anne was an accomplished golfer, tennis player, and swimmer, covering miles in Clear Lake over the course of a summer. Anne enjoyed being active in the community. Philanthropy brought her great joy. She was a supporter of many causes and organizations in Mason City such as Lime Creek Nature Preserve, Stebens Children’s Theatre, Mason City Public Library, NIACC, her church and many others. She served on the Board of Directors of the Guthrie Theater in Minneapolis, acted as a docent at the Meredith Willson House, was a Sunday School teacher, and later a lay reader and choir member at St. John’s Episcopal Church.

Anne was a very genuine human being. She was generous, open-minded, accepting and non-judgmental, transparent, honest, and more interested in your well-being than hers. A niece’s comment was “Anne’s warm and wonderful personality made any room she entered light up.” Anne touched many lives, had innumerable friends, and made an incomparable positive impact on the world around her. She will be greatly missed by those who had the privilege of knowing her.

Anne was preceded in death by her husband Bill, parents Esther and Charles Strickland, and sisters Jean S. Savage and Mary S. Kimball.

To send flowers to the family in memory of Anne Strickland Cameron , please visit our flower store.