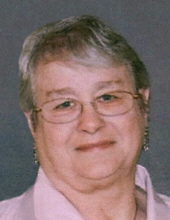 Funeral services will be held at 10:30 AM Saturday, January 25, 2020 at Major Erickson Funeral Home, 111 North Pennsylvania Ave, with Rev. Kent A. Mechler officiating. Interment will follow in the Memorial Park Cemetery. Visitation will be held one hour prior to service time Saturday at the funeral home.

Alice was born January 26, 1938 in Amity, AR the daughter of Earl and Myrtice (McWha) King. Alice was raised in Hollandale and Albert Lea, MN areas. She later graduated from Albert Lea High School. On November 3, 1956 Alice was united in marriage to Roland “Buddy” Heinold in Hollandale, MN. The couple then spent most of married life in Mason City but also lived in Nora Springs and Colorado for a short time.

Alice did in home care of an elderly couple in their own home she then went to work at the hospital downtown and later to Mercy West Campus. Alice was an active member of the Free Methodist Church where she taught Sunday School. In later years she would help local car dealerships pick up and deliver automobiles new and used to various locations.

Alice enjoyed spending her free time doing crafts, listening to country music and spending time with family. She looked forward to going on vacation and enjoyed traveling all over the US but was especially intrigued with Colorado and going camping in Red Wing, MN.

Alice was preceded in death by her parents; one sister, Theresa and one brother Don.

To send flowers to the family in memory of Alice J. Heinold, please visit our flower store.