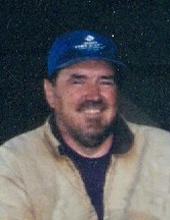 A. Jay Martin, 73, of Mason City, IA died Thursday, August 10, 2017, at the Muse Norris Hospice Inpatient Unit after a long battle with esophageal cancer. Memorial services will be held at 11:00 AM on Sunday, August 20, 2017, at Major Erickson Funeral Home, 111 N. Pennsylvania Avenue, with Pastor Art Zewert, Chaplain – Hospice of North Iowa officiating. A gathering of family and friends will be held one hour prior. Memorials may be directed to the family, Hospice of North Iowa, 232 2nd Street SE, Mason City, IA 50401 or the Humane Society of North Iowa, 2700 S. Birch Drive, Mason City, IA 50401.

A. Jay was born January 20, 1944, to Wayne and Eva Martin. He attended Clear Lake Schools. On May 25, 1968, he married Sharon Beardmore. Less than a month after their first date they were married and almost made 50 years. They had 3 children: Tracy (Steve) Kelly, Kellie Buland (Doug Burton) and Corey (Jennifer) Martin.

A. Jay worked at the ford garage in Waterloo, IA, as a diesel truck mechanic for many years. In 1981, the dealership announced Monday they would close on Friday. That is when he decided to move his family to Mason City and farm with his dad. He loved farming and was proud to own the farm in 2004. Corey and his son Adam have done the farming for the last couple years. He enjoyed working with the boys. Although sometimes it’s hard to convince an old farmer new ideas might work!

He enjoyed hunting, always good stories about deer hunting. He loved his 1938 Graham Bradley Tractor and fast cars (the faster the better)! Most of all he loved having his kids, grandkids and anybody else come to the farm. They always had a good time.

A. Jay was a generous man, always ready to help anyone, anytime with anything. He could fix anything! He loved to take goodies to the neighbors at Christmas and always treated the guys at the Manly Elevator during harvest. In 1990, he donated a kidney to his mother-in-law. Needless to say, he became her favorite son-in-law.

A. Jay was preceded in death by his parents; brother: Gary Martin; sister: Gay Eckhardt; 2 nephews: Don Grotequt and Brandon Martin; mother and father-in-law: Frank and Myrtle Beardmore; brothers-in-law: Calvin Westphal, Ralph Grotegut and Don Angel. He was also preceded in death by many aunts, uncles, cousins and his best buddy: Jerry Wendel.

To send flowers to the family in memory of A. Jay Martin, please visit our flower store.